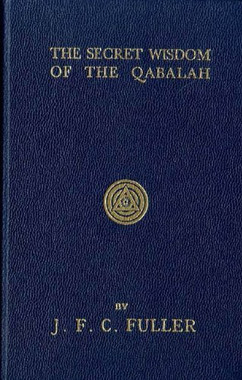 Secret Wisdom Of The Qabalah: A Study In Jewish Mystical Thought by J. F. C. Fuller

Secret Wisdom Of The Qabalah: A Study In Jewish Mystical Thought by J. F. C. Fuller

This small book is in no sense a treatise on the Qabalah. Instead, it is a speculative study on one of several secret doctrines which it contains, and, I believe, the key-doctrine of all the others. Should this be correct, then it follows that, unless this doctrine is understood, the whole symbolism of Jewish mysticism must remain obscure, and it is this mysticism, so it seems to me, which constitutes the foundations of Jewish culture and Jewish aspirations. Granted that this is so, then it follows that the idea elaborated in this book is one of considerable importance, even if many of my interpretations are faulty. Even if the whole of my readings are wrong, which is unlikely, this in itself does not necessarily invalidate the idea.

For example:
Columbus believed that the world was round and he set out to prove it. In doing so he discovered a new world, which, though it did not at the time actually confirm this idea, established a stepping-stone to the circumnavigation of the globe, which did confirm it in an obvious and uncontradictable way. So also in this book, I have set out to penetrate the mists of Qabalistic learning, not because I presume to be an adept in its mysteries, but because I suspect that they hide within them the idea of a new world conception, an idea which for 2000 years has been struggling to take form. Should I be right in this belief, then it follows that once this form consolidates from out of it will emanate a new ideology, which will exert so stupendous an influence upon our lives that it will constitute a world revolution. Nevertheless, I do not intend to touch upon this possibility in the present work; for all I will attempt is to show that the idea is valid. Therefore my object is solely to examine and explain it, in order to establish it as a fact.