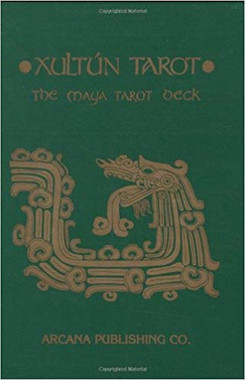 This deck is full of Maya symbols, Maya spells A-Y-A-M or Ay-Am or "I AM", this deck is the story of the Journey of our human soul through spirit and matter. it is not a tradition tarot in the sense of following the bombardment of tradition one would expect in the rider-Waite decks. instead it's more earth centered, or celestially connected to the earth changes occurring during this end or beginning of the 26,000 year (25,920 for academics) of the precession of the equinox.

The 22 Arcana are painted from the artist Peter Balin, he was born at the foot of a sacred mountain in New Zealand called Mt. Taranaki where the Maori natives received prophetic instructions from a being called Ratana. The Maori have since become of the most influential native peoples with the most rights and respect within the Commonwealth as they have exercised their sovereignty and maintained cultural practices perhaps better than the natives in North America.